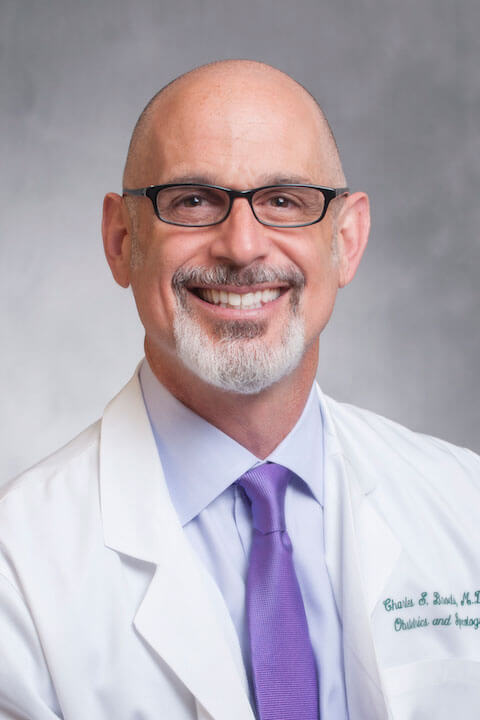 Dr. Brodsky was raised and educated in New York. After attending Vassar College, he went to medical school at the State University of New York’s Health Science Center at Brooklyn. He moved to Dallas in 1992, where he completed his OB/GYN residency at Baylor University Medical Center in 1996. Dr. Brodsky has been with Women’s Health Alliance ever since starting his practice.

Chuck has received numerous awards, both for medical education and for peer recognition. He is a former president of the Dallas-Fort Worth OB/GYN Society, and has been continuously board certified since 1998. His previous memberships include the AMA, TMA, Dallas County Medical Society and AAGL. He is currently a Diplomat of the American College of Obstetricians and Gynecologists.

Dr. Brodsky has been recognized as one of D-Magazine’s Best Doctors, and has received numerous “Super Doctor” designations from Texas Monthly Magazine.

Chuck is married to Dr. Greta Brodsky, an internist at North Texas Preferred Health Partners. They have three beautiful, ridiculously busy children, a dog with a licking problem and a kitty that just prefers to be left alone.