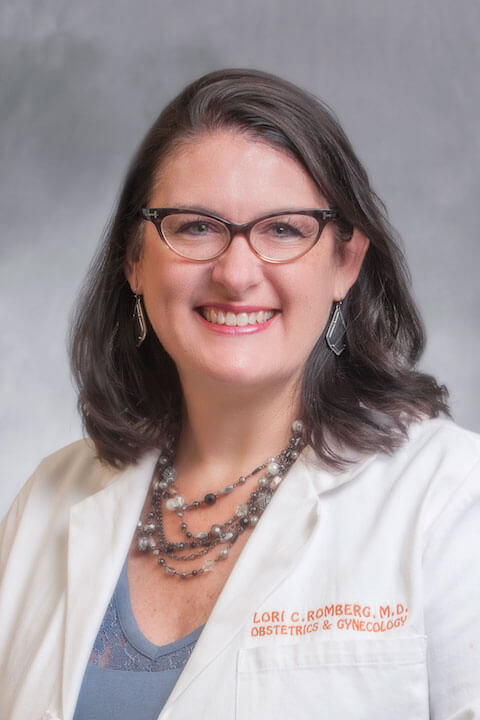 Dr. Romberg has been board certified in Obstetrics and Gynecology since 2007. She earned numerous awards throughout her education including the DFW OB/GYN society award for outstanding medical student and the W.K. Strother award for excellence in clinical and academic achievement during residency. She is a fellow of the American College of Obstetrics and Gynecology and belongs to the AMA, TMA, and the Dallas County Medical Society.

Dr. Romberg cares for women through all stages of life, from the teenage years through childbearing and midlife into menopause. She enjoys delivering babies, both routine and high-risk pregnancies. She is skilled at performing in-office procedures including endometrial ablations, hysteroscopy, sterilization by tubal occlusion (Essure), colposcopy to evaluate abnormal Pap smears, LEEP for treatment of cervical dysplasia, and placement of long-term reversible contraceptives like IUDs and implants (such as Mirena, Paragard, Nexplanon). She is also skilled at procedures such as hysterectomy and laparoscopy. Away from her practice she enjoys spending time with her husband and four kids, reading, being active in her church community & step-family ministry, attending her kids’ activities, and attending the theater.